“The Cat and the Canary” with Accompaniment by Andrew Rogers 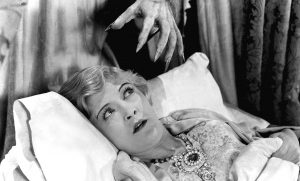 The Music House Museum Silent Film Series presents a perfect Halloween treat, The Cat and the Canary, for our October Film. The film is a perfect blend of horror, humor and mystery.

Wealthy and old Cyrus West’s relatives are waiting for him to die so they can inherit his fortune. BUT he stipulates that his will be read 20 years after his death. On the appointed day his expectant heirs arrive at his brooding mansion. The will is read and it turns out that Annabelle West, the only surviving heir with his name, inherits everything…if she is deemed sane. If she isn’t, the money and some diamonds go to someone else, whose name is in a sealed envelope. Before

he can reveal the identity of her successor to Annabelle, Mr. Crosby, the lawyer, disappears, the first in a series of mysterious events, some of which point to Annabelle, in fact, being unstable. Add in the escape of a homicidal maniac from a local asylum and you have a recipe for perfect Halloween fun!

This wonderful film is accompanied by Andrew Rogers. His amazing skills on our Wurlitzer Theater Organ add the sound track of horror and comedy. Rogers brings the perfect mix to this classic film. If you have not experienced a live artist providing accompaniment to a classic silent movie you will be in for treat. If you are a fan of this art form and our film series, you will not want to miss this one.

Rogers is resident of Fenton, Michigan. He began his musical studies on the accordion at seven, winning local and National competitions playing transcriptions of classical orchestral music. He later appeared in the orchestra of Broadway productions at Michigan State University where he holds his degree, with honors, in Psychology. 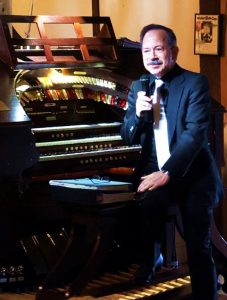 He studied theater organ techniques with the late Fr. James Miller, and then augmented his studies with Dr. Marilyn Mason at the University of Michigan while she was on sabbatical. He accompanied Fr. Jim on his second tour of Australia and Norfolk Island, appearing both in joint concerts and solo engagements. Andrew also traveled on two Historic Organ Tours led by Dr. Mason covering France, Italy, and Switzerland.

He is on staff at the Michigan Theatre in Ann Arbor. He has also performed for local AGO chapters. A few years ago he quit his 17-year job at a travel agency to focus more on music and scoring silent films.