The final film in our 2018 Silent Film Series is the classic fairy tale, Cinderella (1914), starring Mary Pickford with accompaniment by Red Wings organist Dave Calendine with two showings at 5:30 pm and 7:30 pm on Dec. 28th. While there had been two earlier French film versions of this classic tale, Mary Pickford’s film was the first American adaptation. 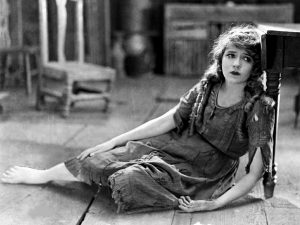 Cinderella is mistreated by her stepmother and stepsisters, and is forced to live as their servant. One day, the Fairy Godmother appears to the family disguised as an elderly, destitute woman. The others treat her harshly, but Cinderella is kind to her and feeds her. The Fairy Godmother invisibly helps Cinderella, helping her when she goes to gather wood, and enabling her to meet Prince Charming as he travels through the forest. Soon afterward, the king plans a great ball so that the prince can meet all the women and choose one for his bride. Cinderella must help her family prepare for the ball, while she stays at home. But the Fairy Godmother appears again, and miraculously enables Cinderella to go after all, with dramatic consequences. 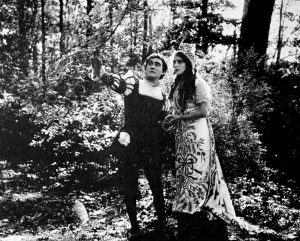 Director, James Kirkwood, incorporates details of the original tale not repeated in later versions and Pickford’s performance is excellent. Her skills as an actor are clearly evident as they are in many of her earlier films. Prince Charming, played by Owen Moore, was Pickford’s real life husband at the time and delivers a “charming” performance.

This is a perfect film for the entire family! Experience this classic with the live accompaniment of Dave Calendine on our “Cinderella” Wurlitzer Theatre Organ. Calendine is an amazingly talented organist and pianist and a great entertainer.  A resident of the Detroit area, Dave is the organist for The Detroit Red Wings, is the staff organist at The Fox Theater, has accompanied the Rockettes in both Detroit and New York,  performs at The Redford Theater and at his church as, well as concerts at the Sanfillipo Foundation in Illinois, and at the national Music Box Society International conventions. Calendine is also the current President of the American Theatre Organ Society (ATOS).